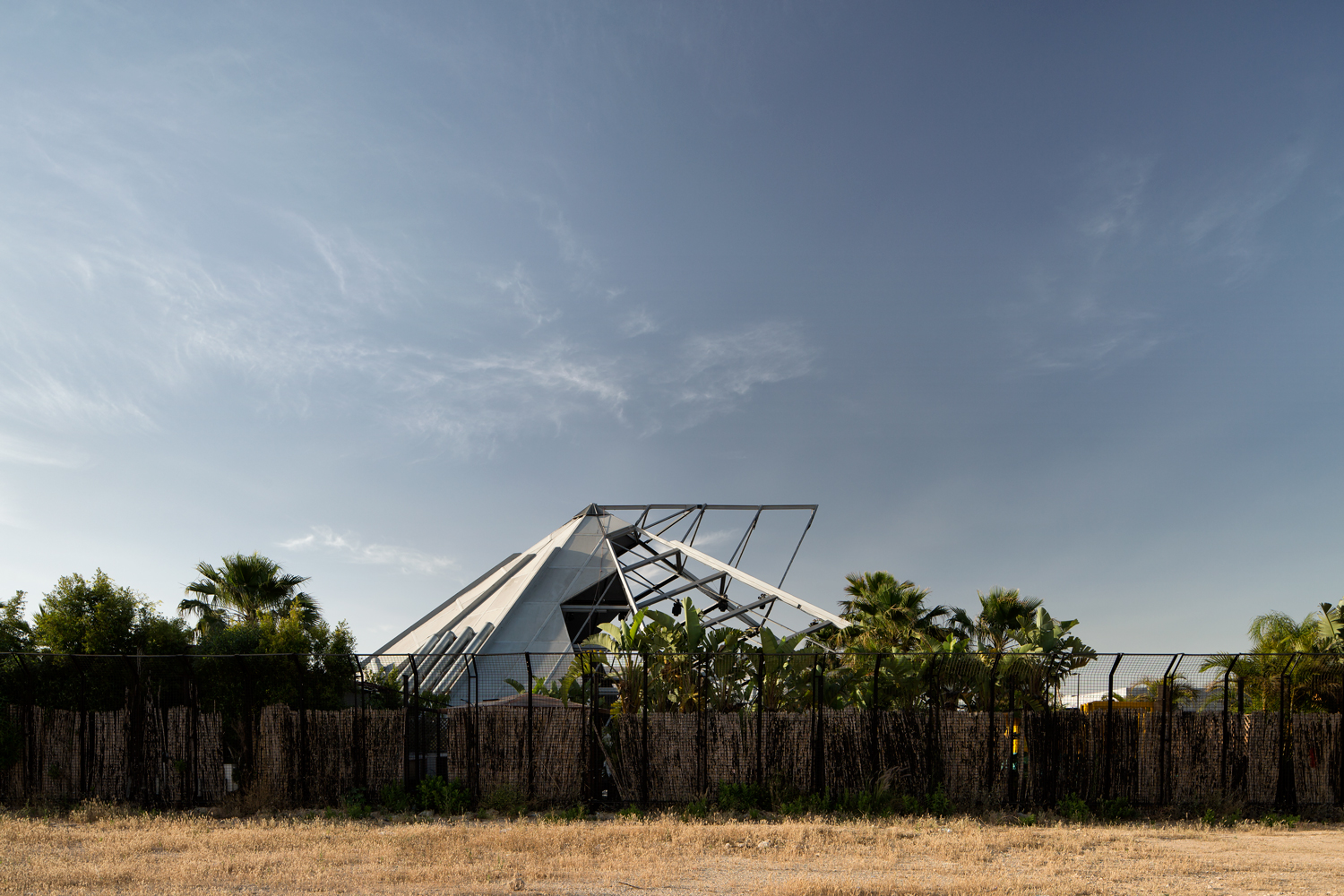 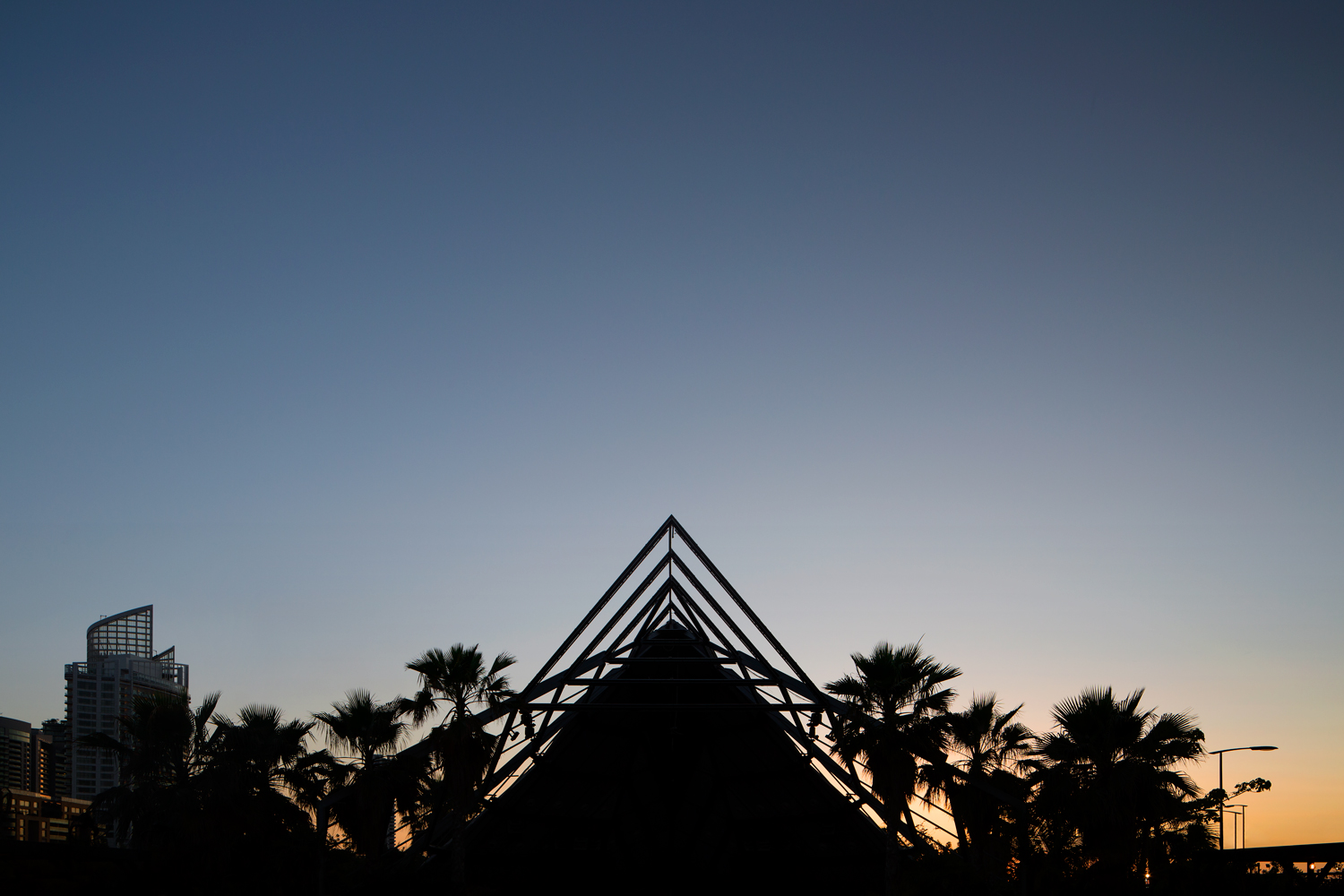 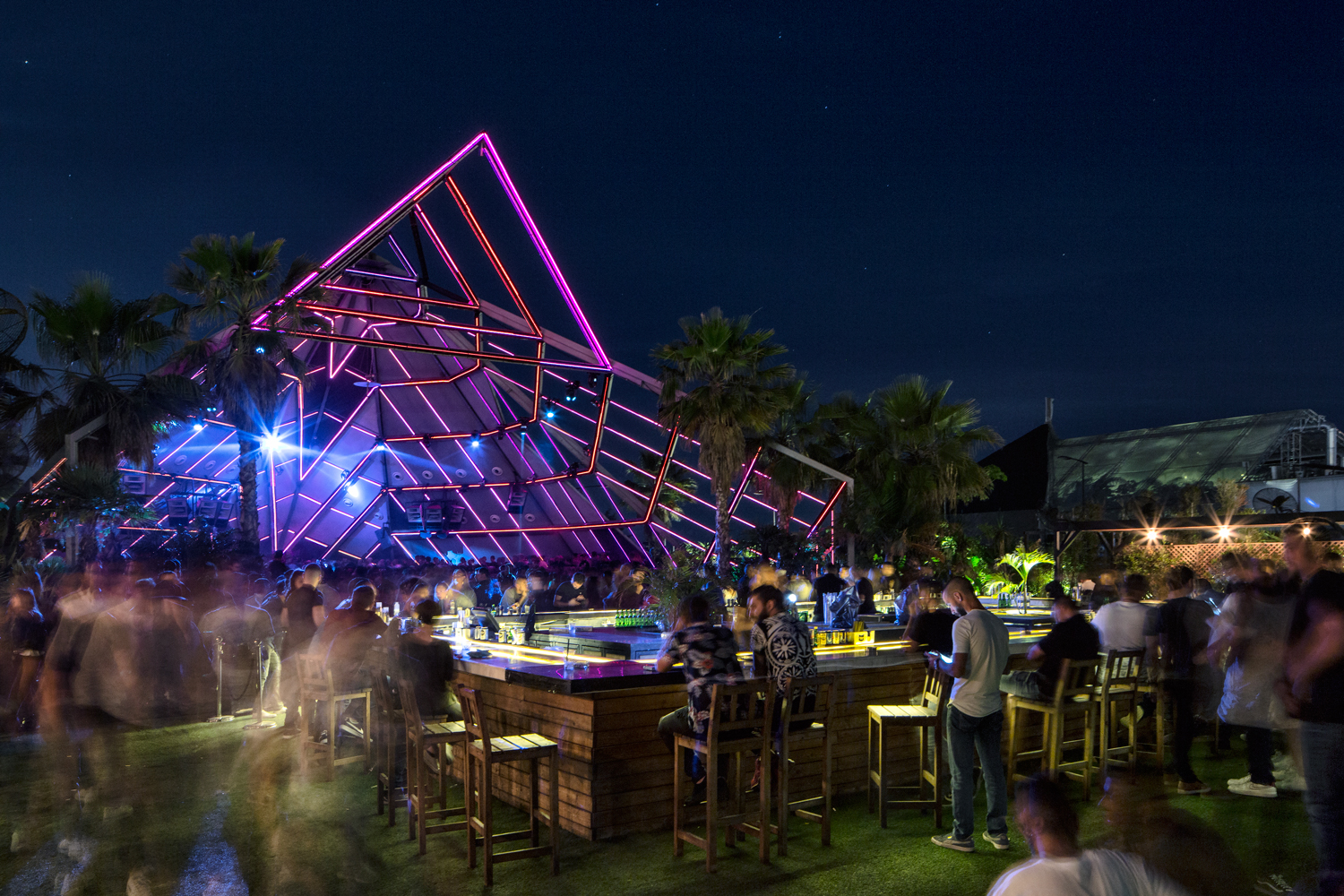 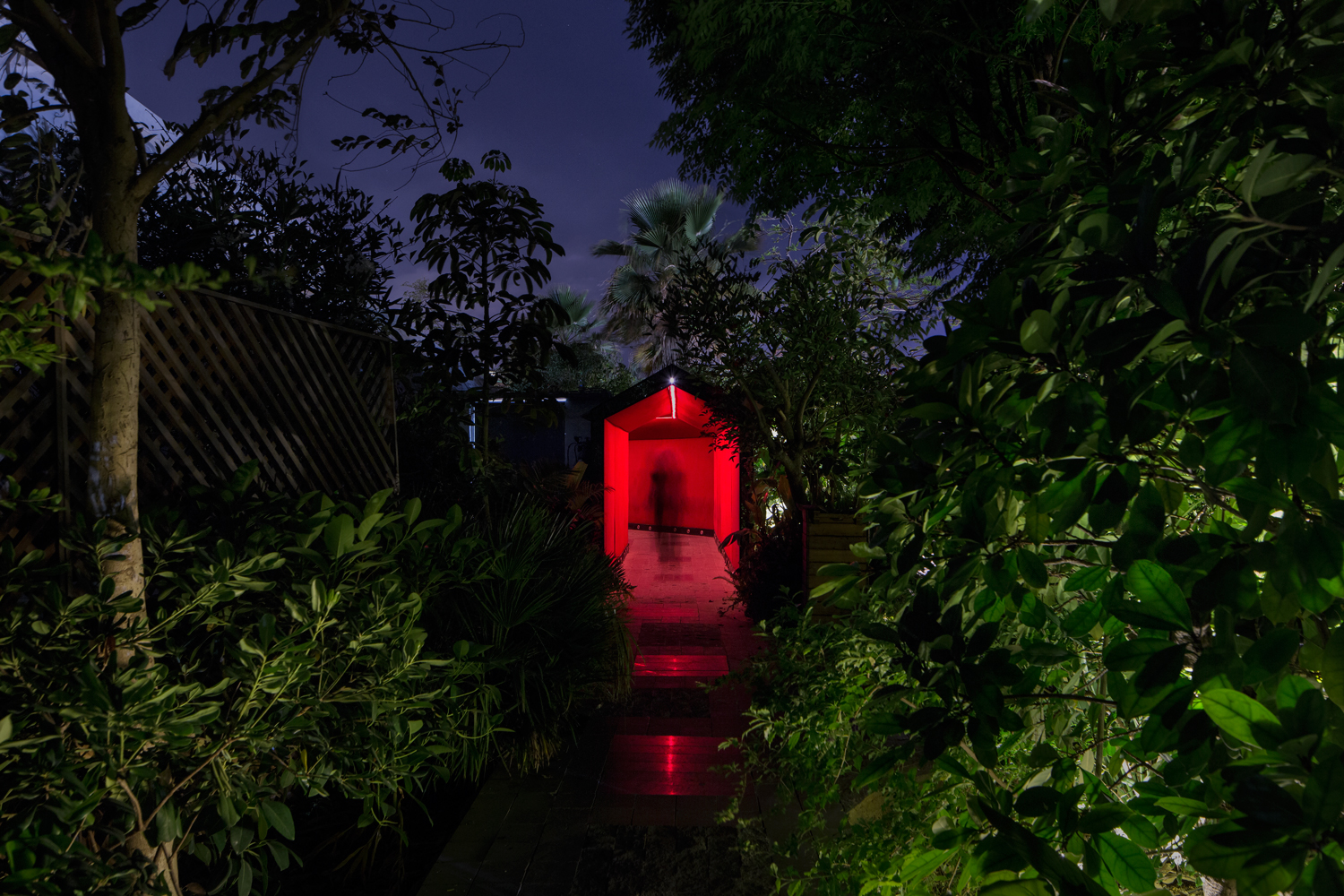 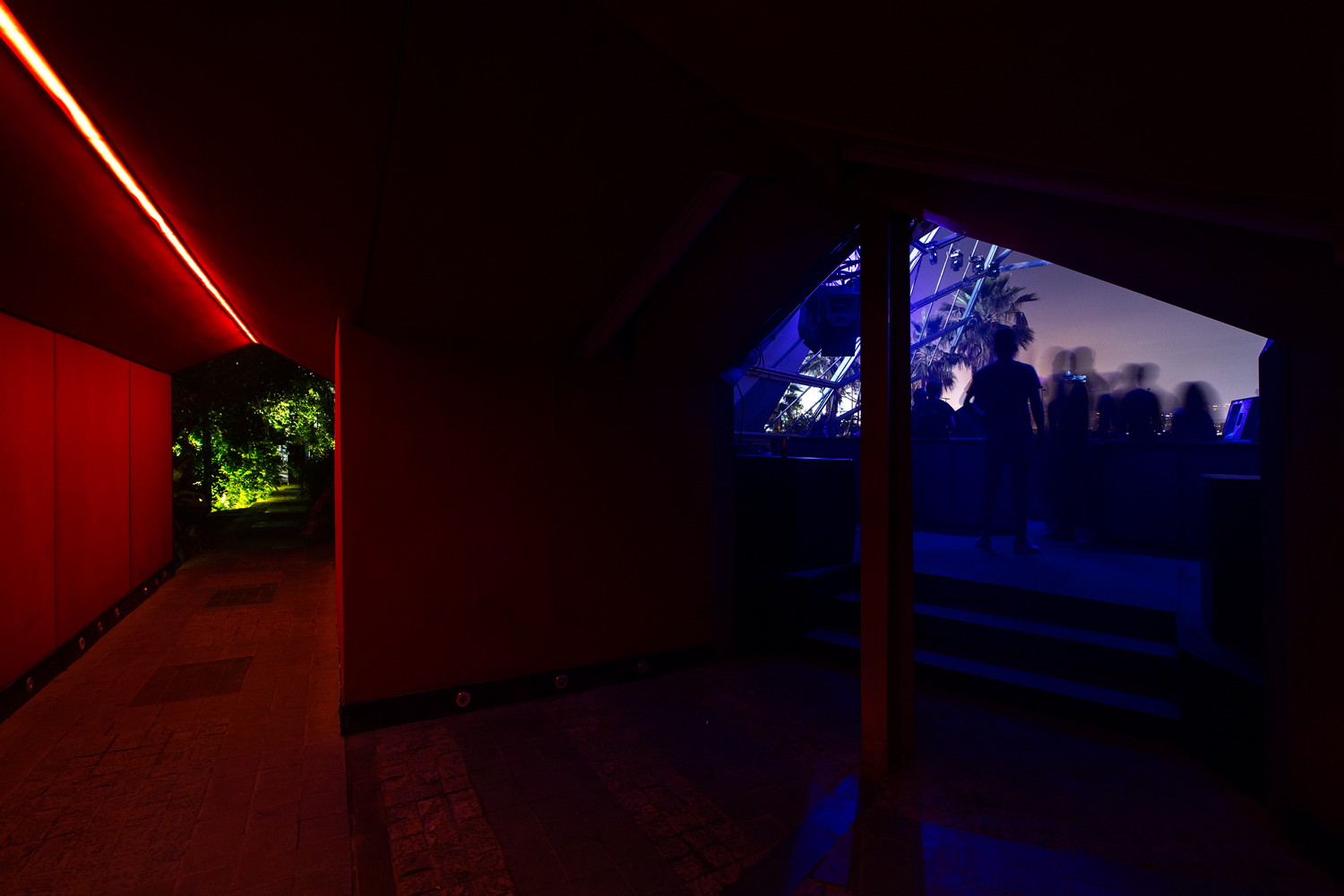 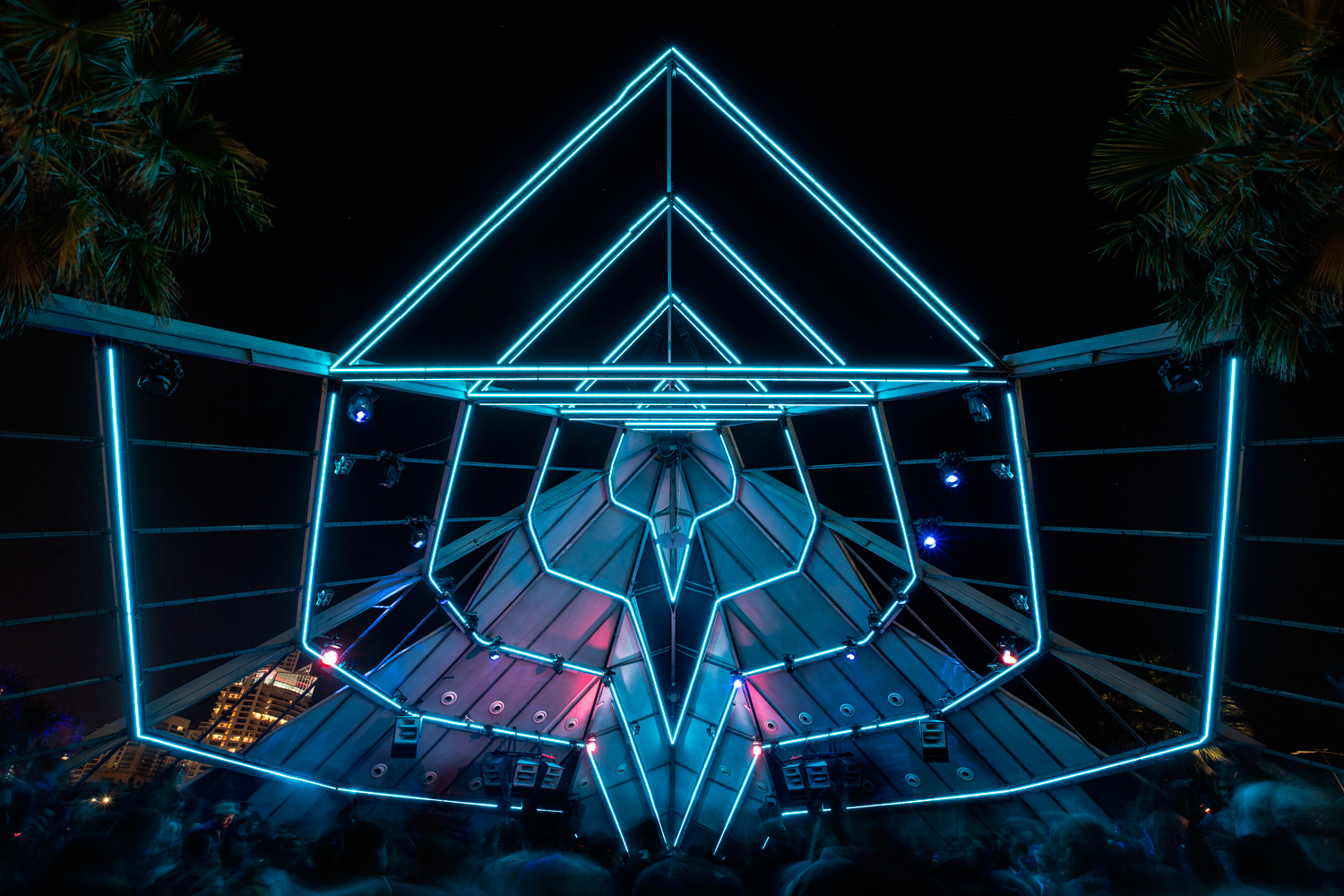 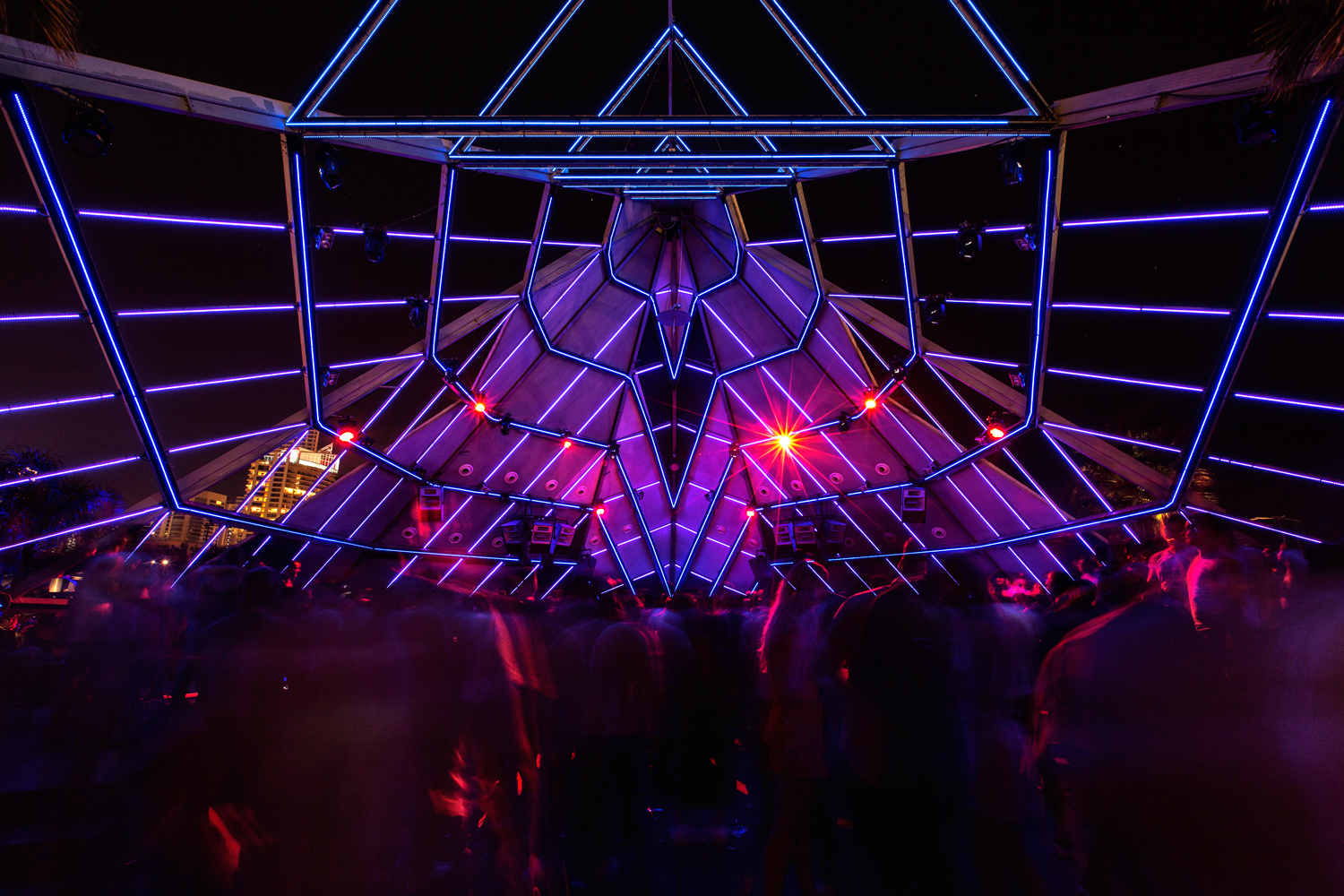 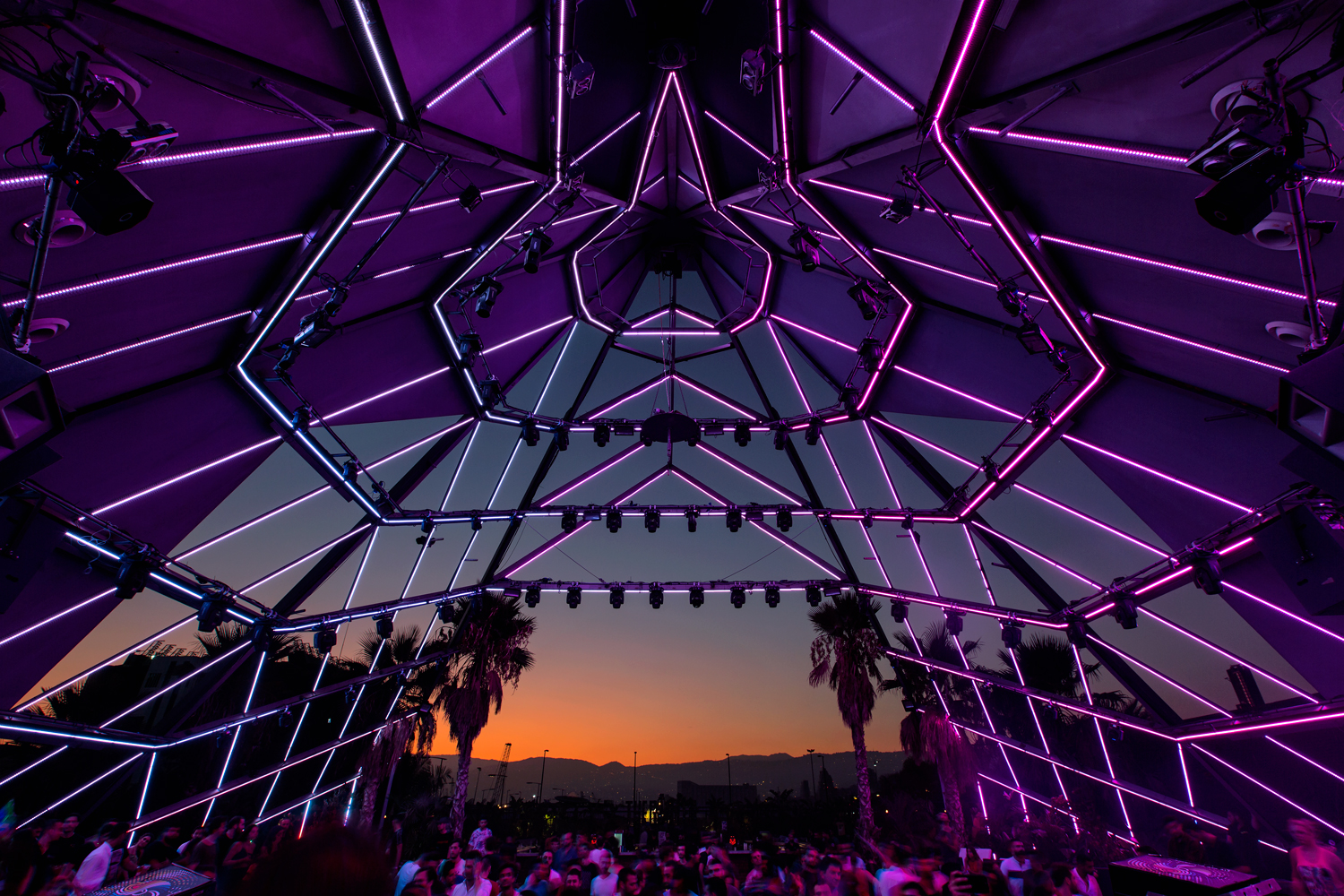 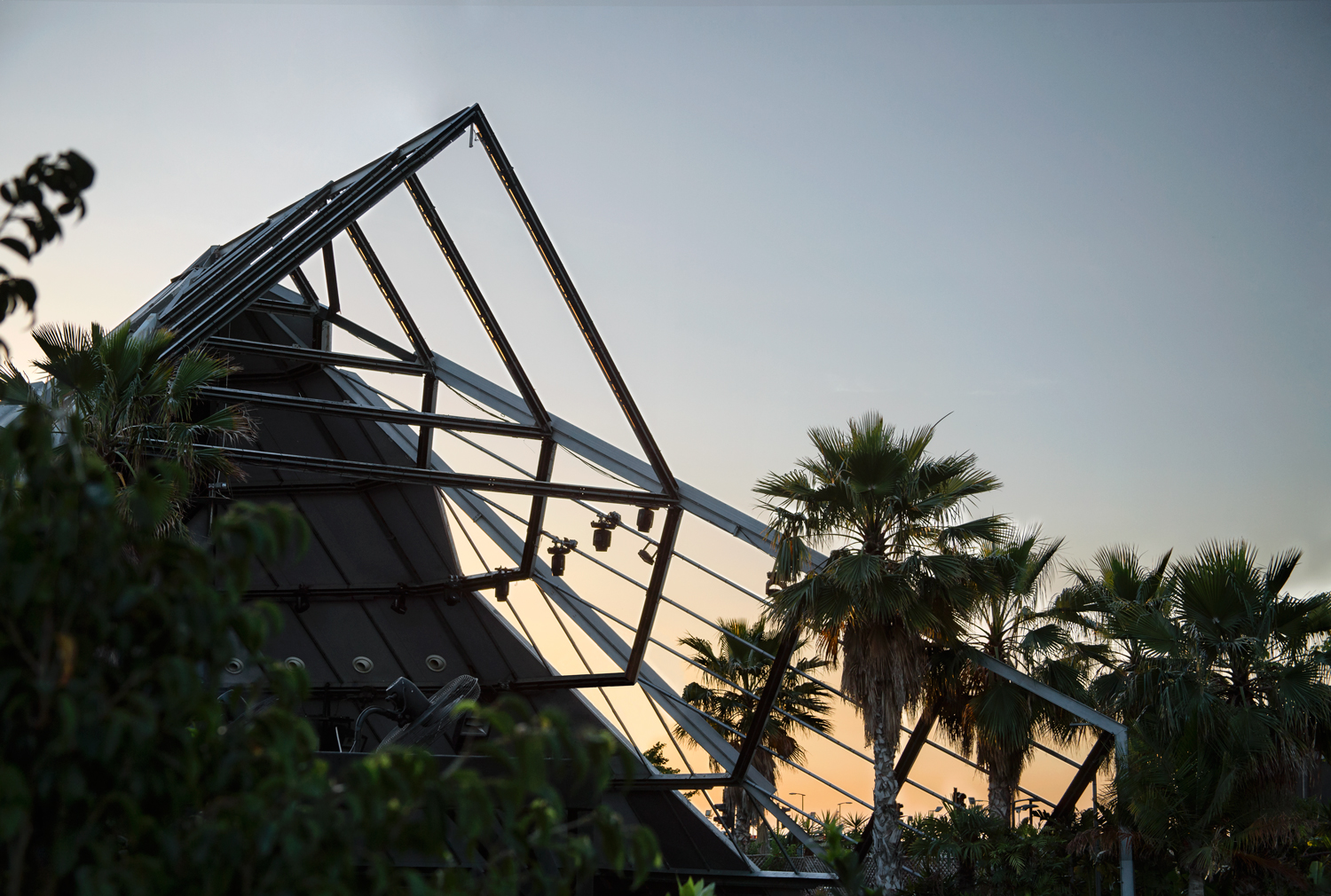 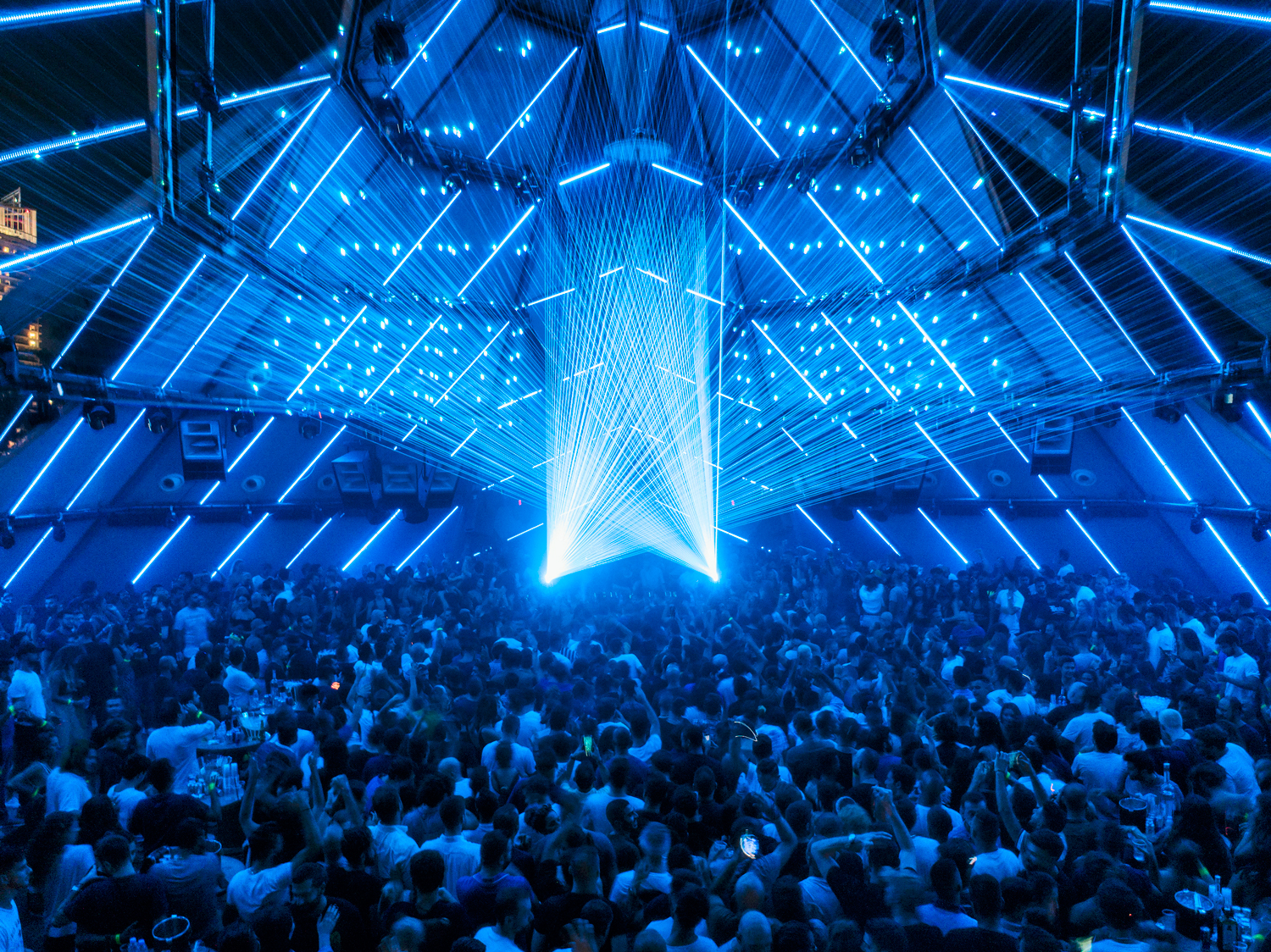 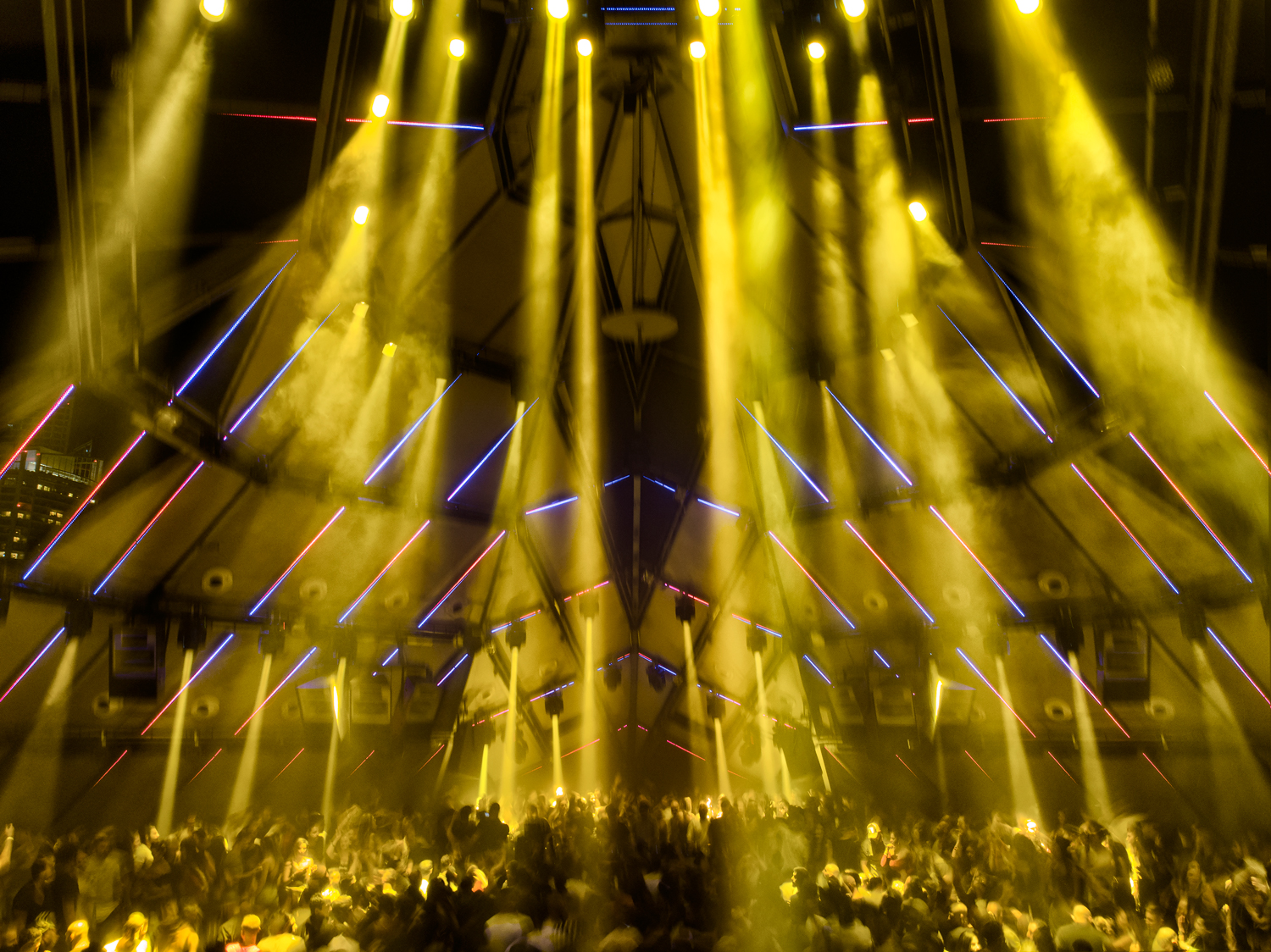 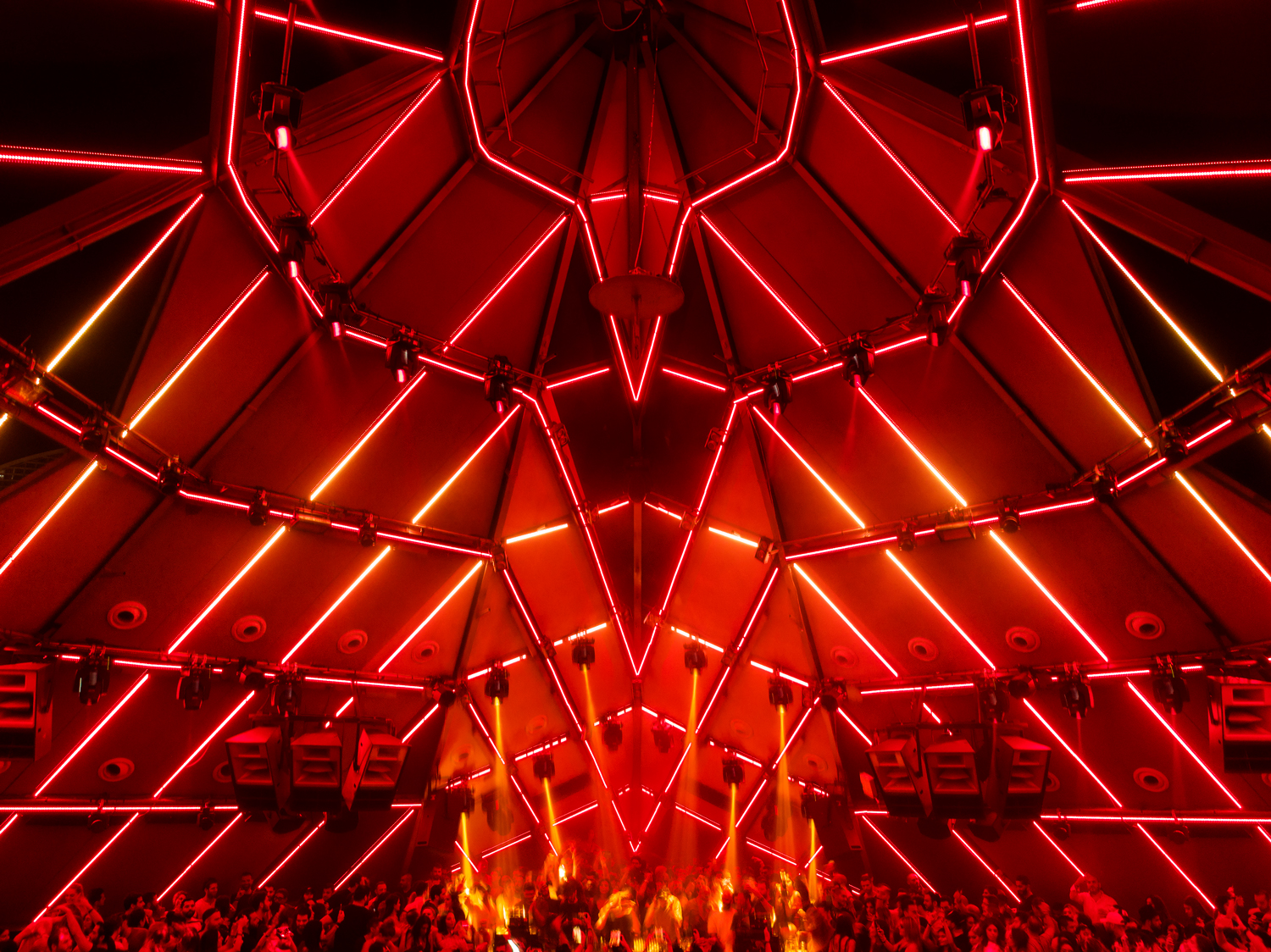 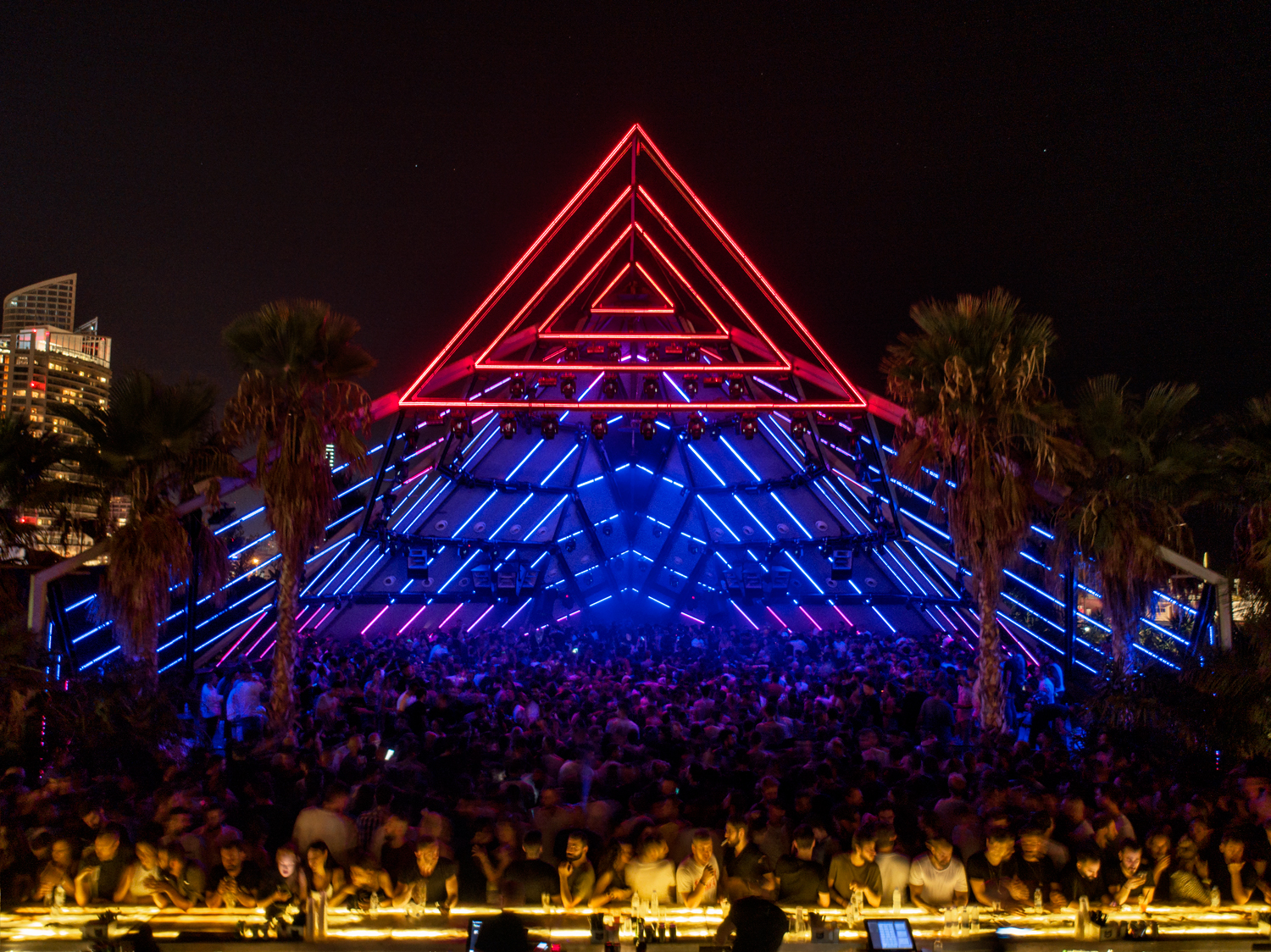 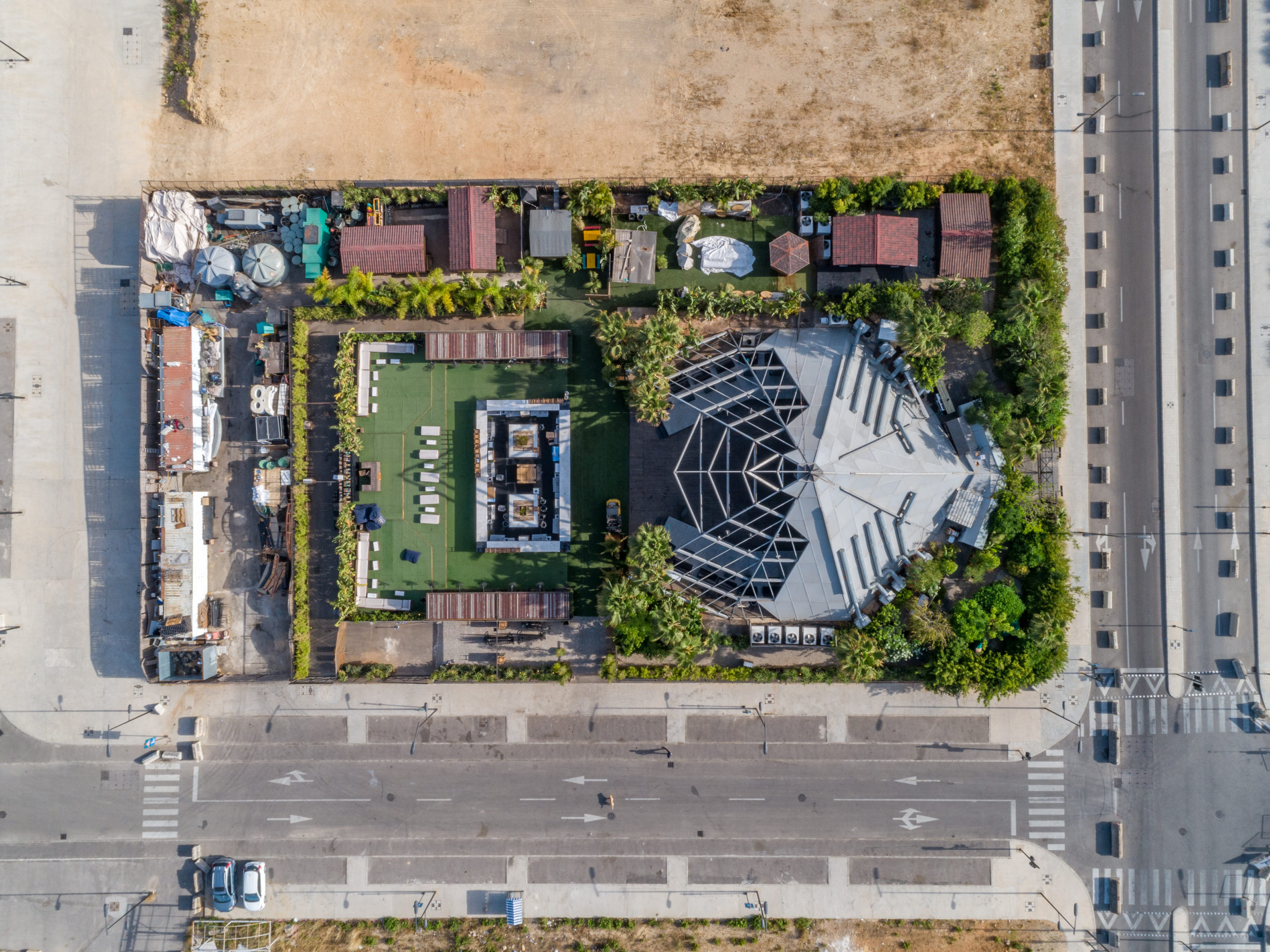 It was winter of 2017 and we had just secured the commission for The Garten.
This was our first major project in Beirut. Four (4) months after we established Archave and three (3) months to opening day, the brief was to create an outdoor nightclub with a “pyramid” structure on a 3000 sqm bare land on the city’s waterfront.

Through our research and personal experience, we understood that a nightclub should always aim to create an alternative reality, a parallel world. Usually that is achieved through alienating the space from its context; Architecture is not used in tandem with its purpose.

The Garten, an outdoor night Club in the center of Beirut, overlooking Lebanon’s sea and mountains had to respond to its relationship to the city, its environment and its users.
Nightclubs in Beirut are where everyone truly mixes, people from all around Lebanon and the world interact, enjoy the music, the show, their time with a high degree of freedom.
They sort of equalize everyone that get in. A bit like temples.
But they are fragile temples, responding to the erratic nature of Lebanon’s service industry (inherently linked to its political situation).
That framed the approach, a temple of music that could lift off at any moment.

While deployed it heavily anchors itself in the city’s ground but its 18 tons’ structure, the custom made acoustic panels, internal stages, and bars are designed to be dismantled and packed in forty (40) foot containers. It is a highly polyvalent space that transforms and adapts to its use.
The Garten is spread across three thousand (3000) square meters, punctuated by patches of tropical gardens and crowned by a Structure inspired by the Native American tent. An octagonal Pyramid that has an engulfing effect accentuated by the direction and positioning of all the steel beams; carefully chosen to create a heightened perspectival effect. Lined with 1000 m of linear LED’s it allows for a unique light show, a shape shifting geometry. What we call synchronized architecture, one that directly responds to its objective and built around it. A fully immersive experience that allows people to experience new sensations and states of mind.

The covered part acts as a giant screen to project onto and are also custom made noise barrier that totally isolate the city from the sound generated under here. (Avoiding serious lawsuits) We have designed 2 sound tunnels to work as sound mufflers while allowing access to and out of the club, Lynch inspired. No doors, a free flow around.
It’s a public temple, not closed off, and yet dogmatic in its presence. It was very important for us to open it up and make it truly inclusive. It is the place of communion between the artist and his audience; a physical expression of a sound and light ritual.

Owned and operated by Uberhaus, the Garten has a three thousand (3000) people capacity and welcomes around 115,000 customers in the summer season each year, while hosting artists from all around the world.
Being music enthusiast ourselves, we hope to offer through this project a true alternative where the importance and experience of music is materialized in a living architectural monument, a temple, powerful in its symbolic where people can feel, celebrate and unite around music.

Design on this project started in early February 2017, operational since May 2017.