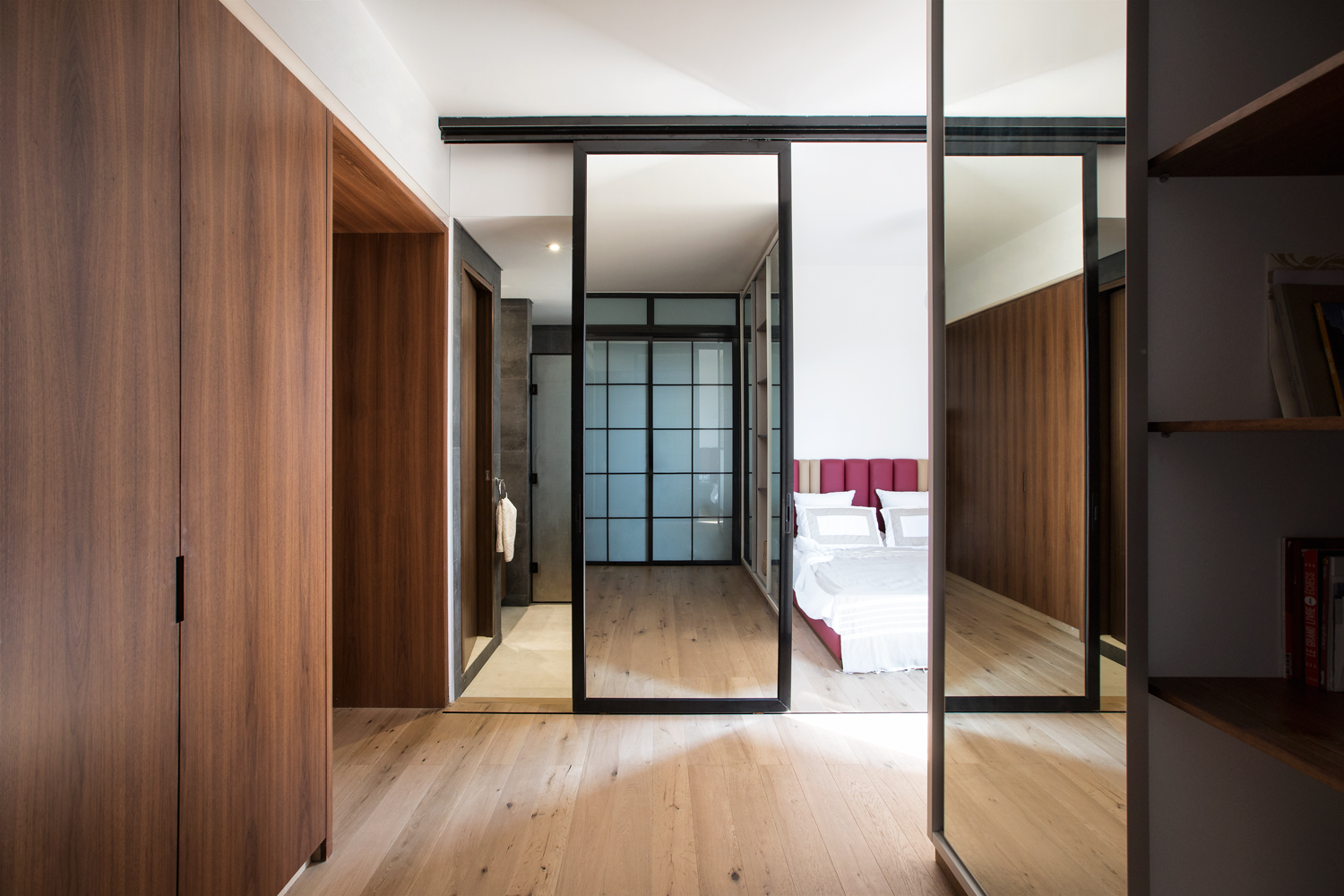 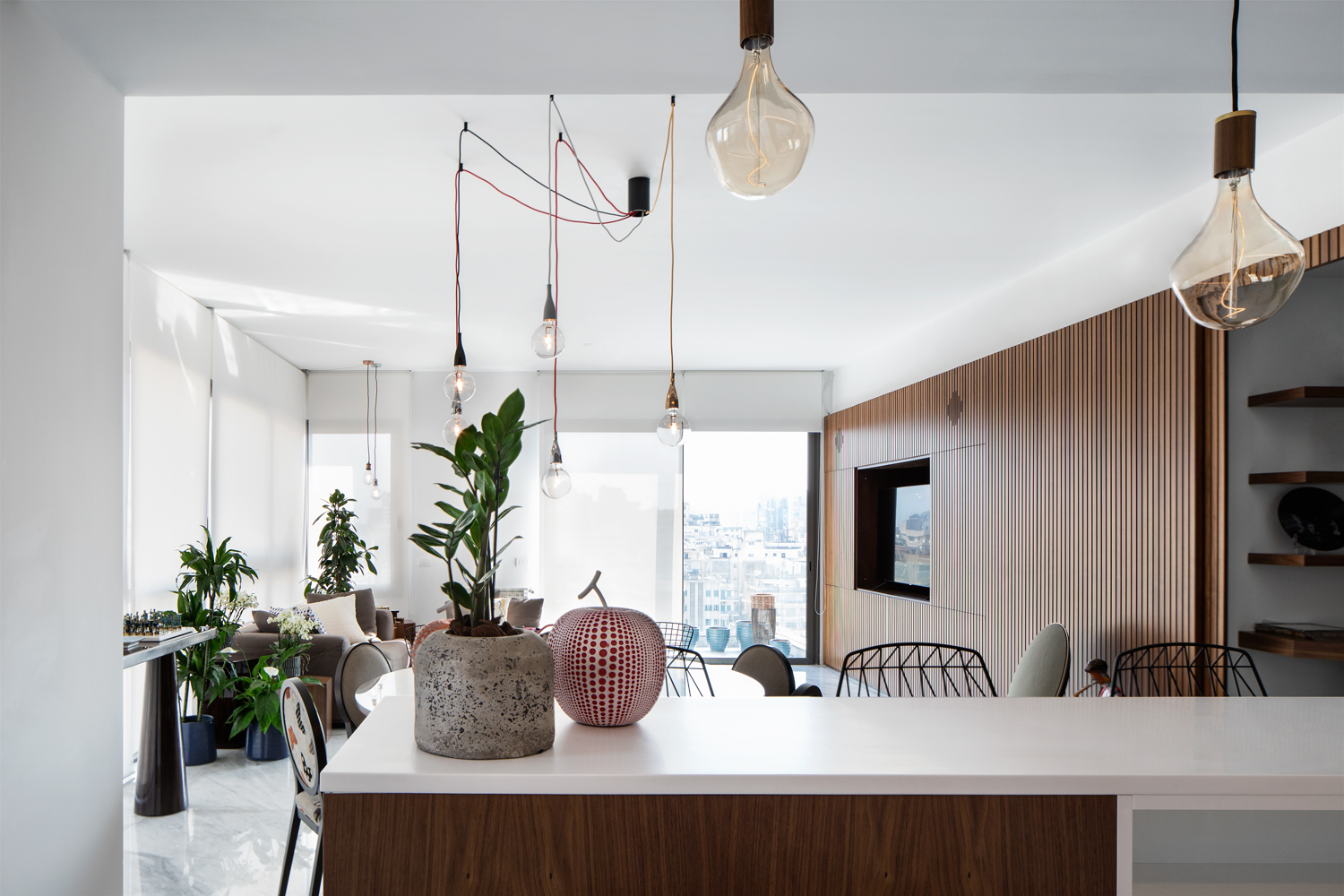 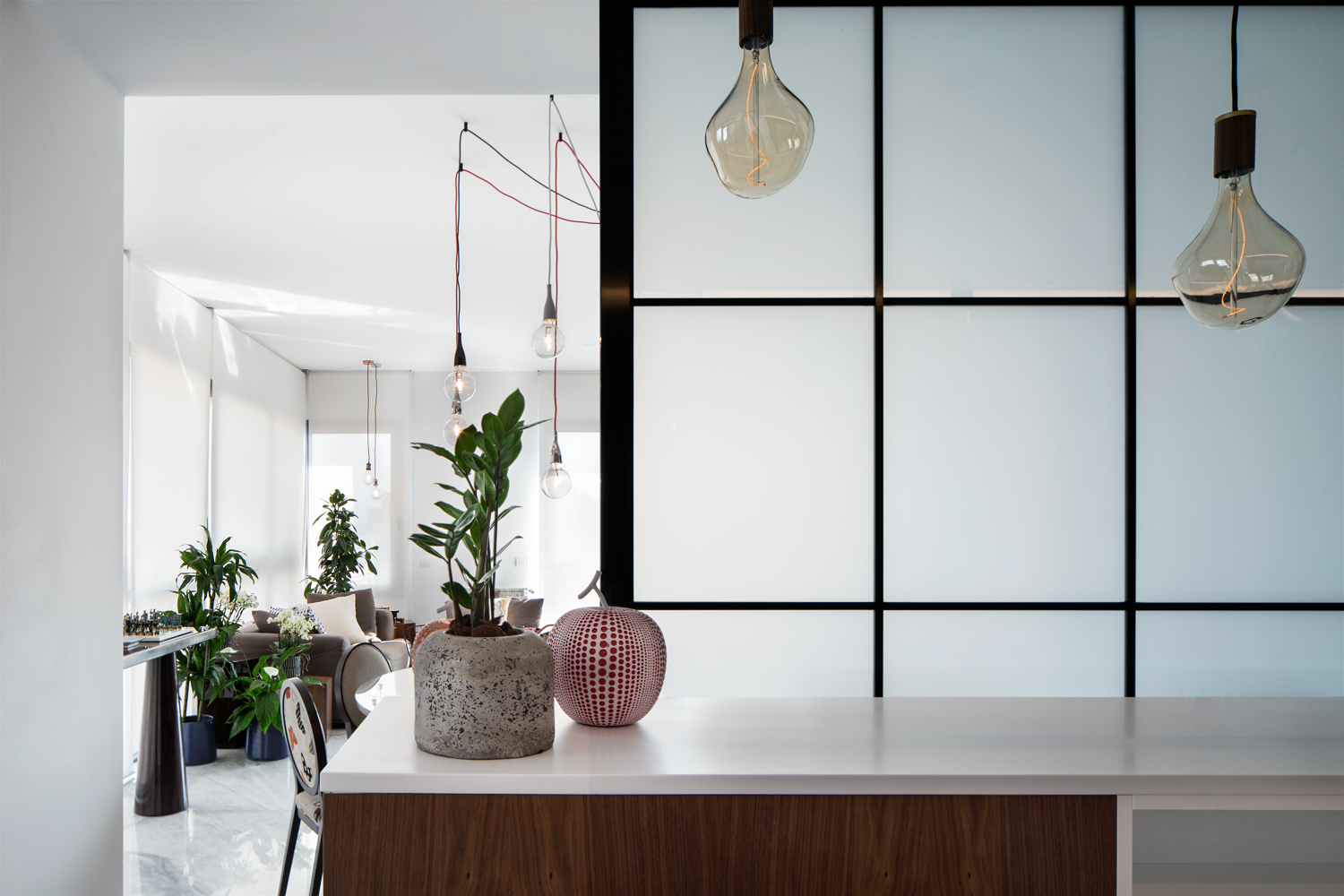 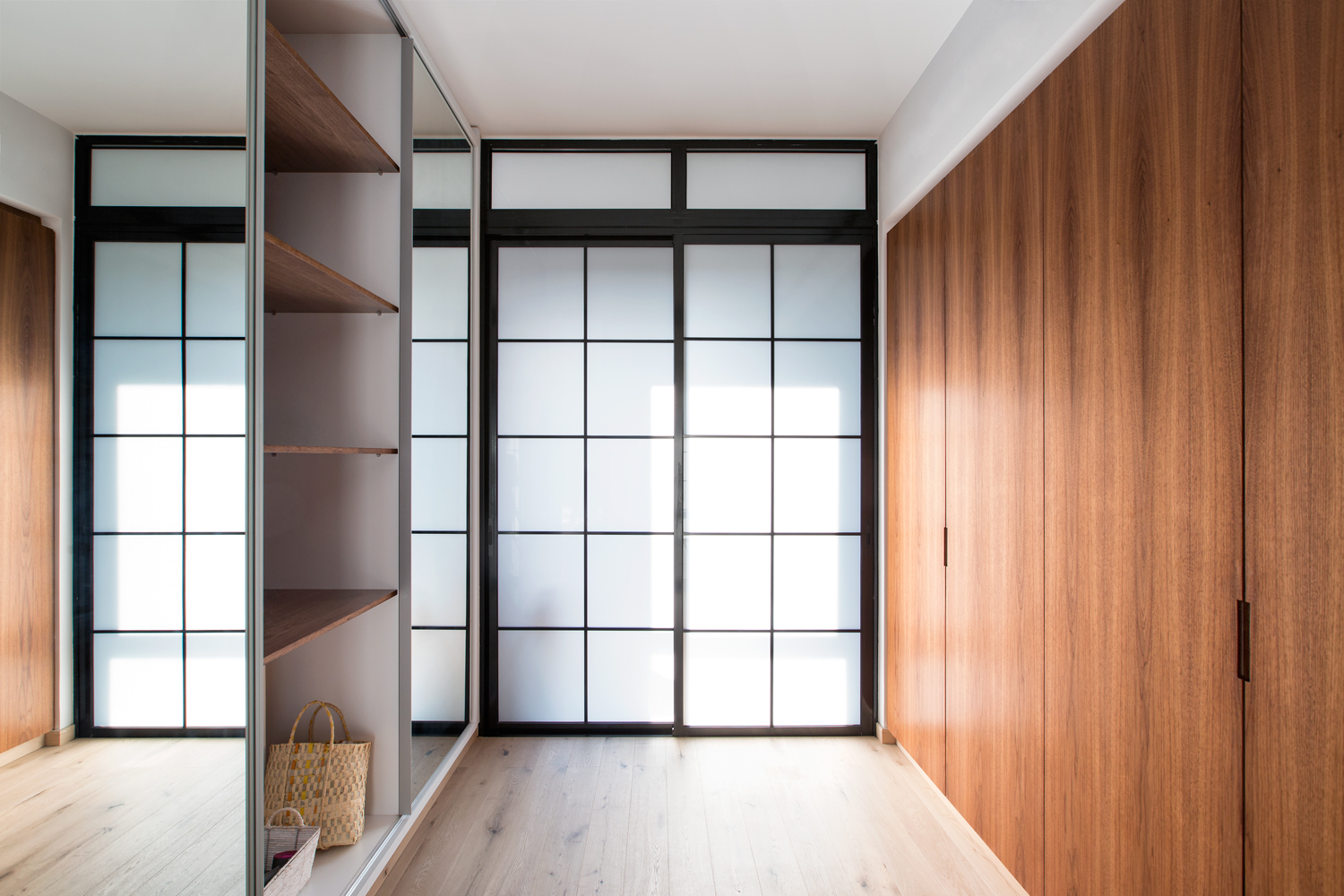 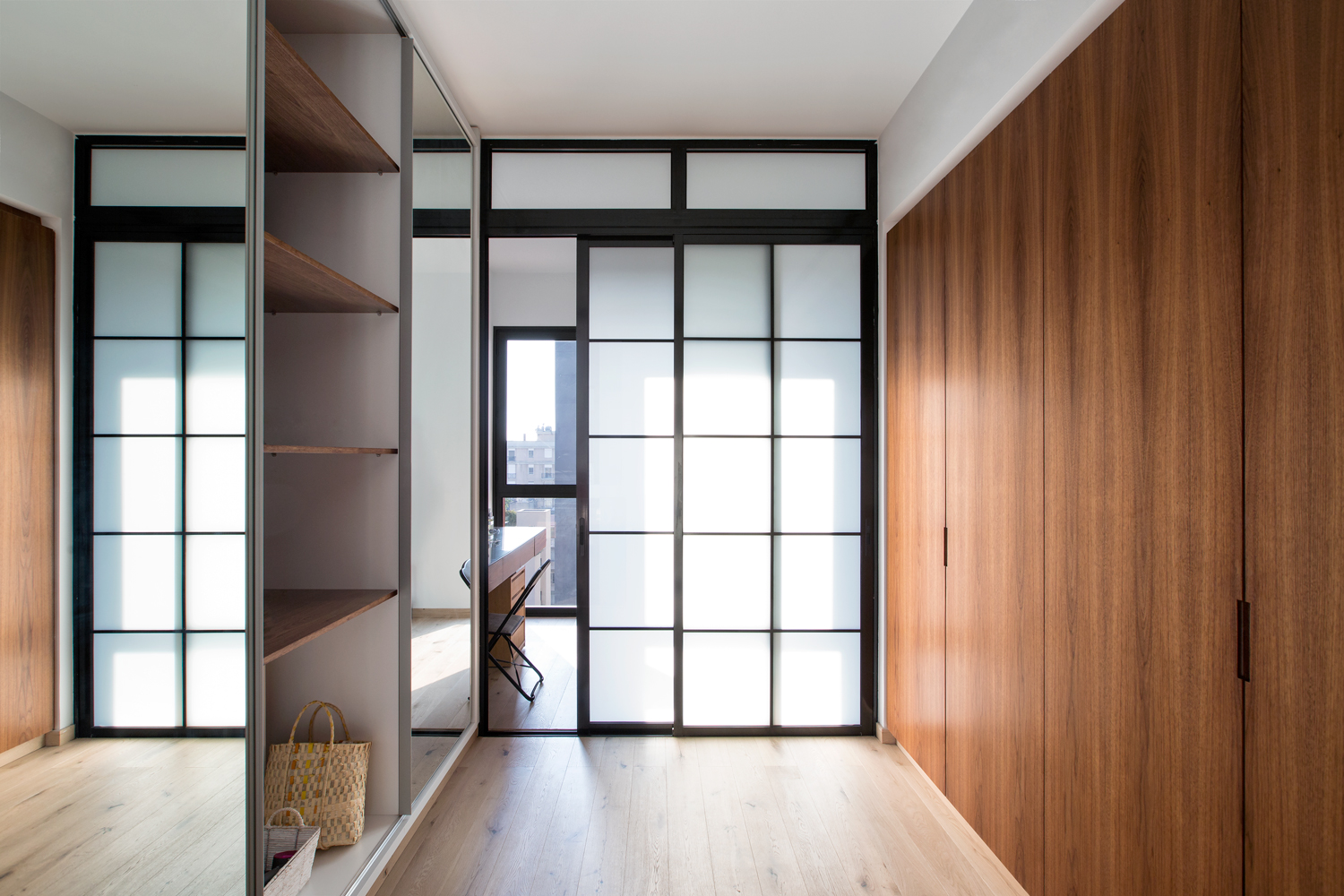 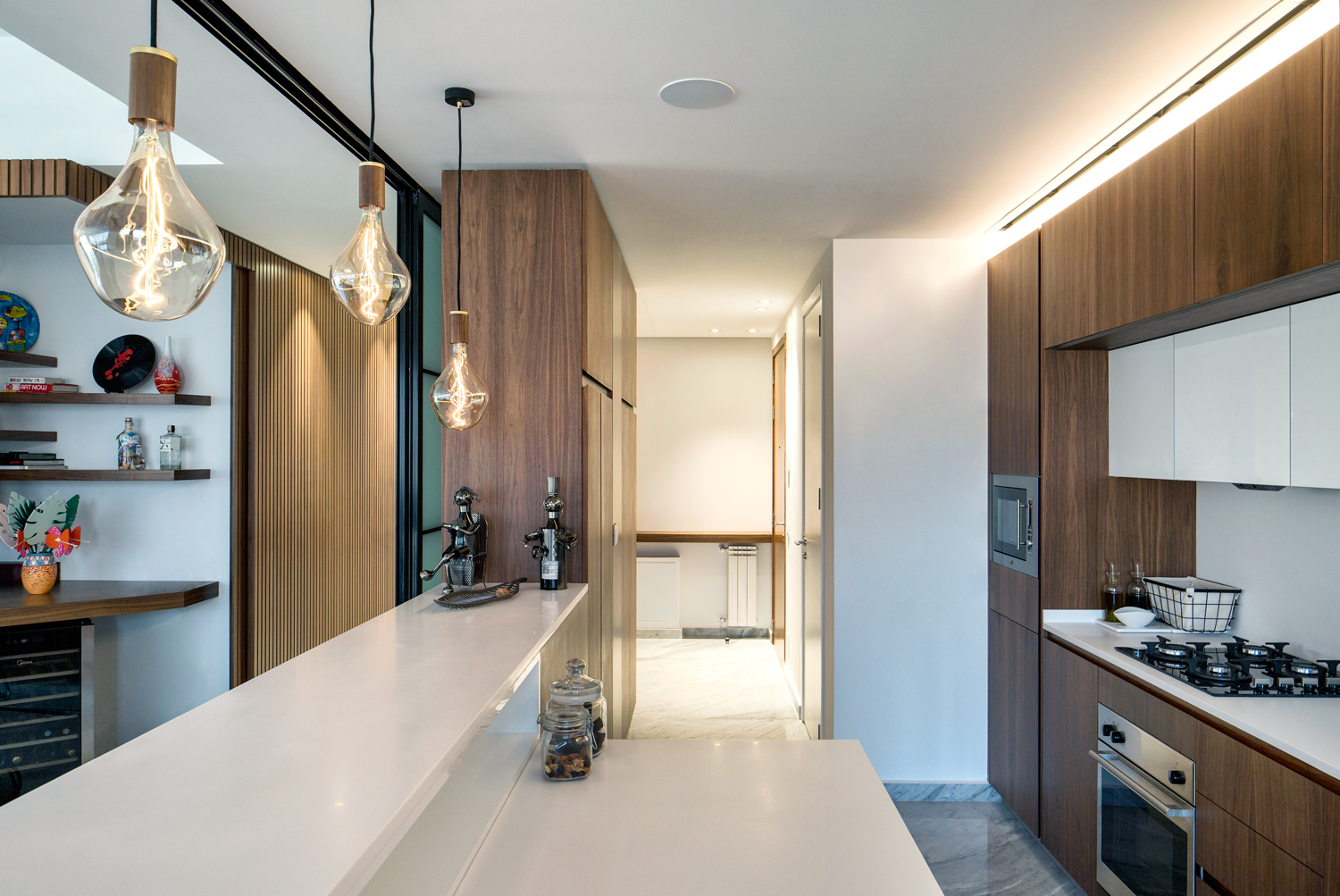 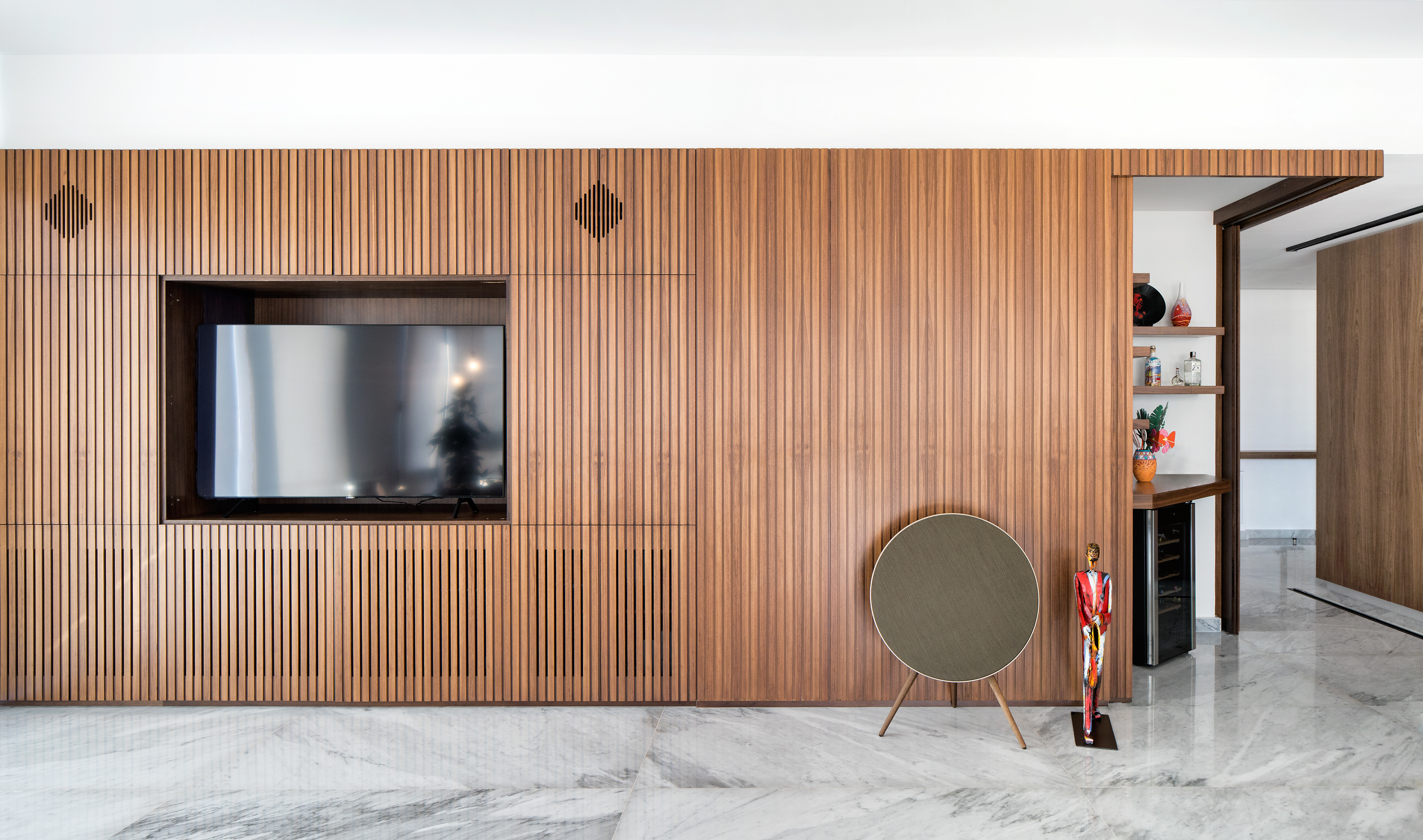 Situated on the 11th floor of a lively neighborhood, Apartment H is a young couple’s house that has a unique view on Beirut’s urban landscape.

We had the opportunity to work closely with the main contractor who was still in the construction phase of the building enabling us to change the plan layout according to the client’s lifestyle.

Here, we wanted to offer an adaptive layout while creating a clear separation between the public and private areas.
Starting at the entrance, the public area includes the kitchen, dining room and living room organized in an open continuous space that adjusts to the inhabitants’ needs. In the initial layout there were walls between the kitchen and the living space. Inspired by the idea of Japanese shoji, rather than walls, translucent sliding doors separate the kitchen from the living space allowing each to have an independent atmosphere and its own privacy while driving natural light into the space. Providing visual continuity and hierarchy was made possible by the creation of two main cabinets: the first around a structural column assembling kitchenware and needed appliances and the second, going from the living room to the kitchen. A monolith that flows along the wall, subtly carrying multiple appliances and ending on a discrete door leading to the private section of the house.

While entering the door, the ground finish shifts from a colder white Carrara marble to a warmer Oak wood parquet. The master bedroom is configured for two people to coexist with minimal friction and a polyvalent space, separating the kids’ room from the latter and can evolve with time to accommodate the family’s needs in its different phases. There are no walls separating these spaces but rather sliding doors. These accentuate the adaptability of the space creating, overall, a simple yet flexible house to live in.